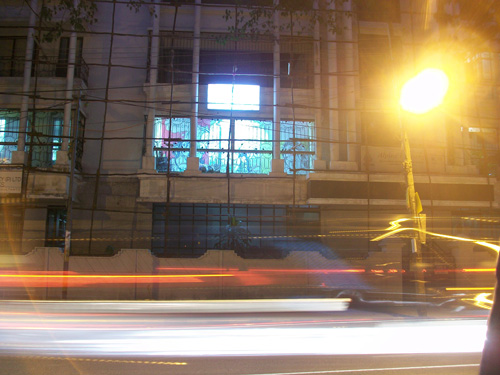 How to generate an urban space in Bangalore? A studio, that works as a meeting room, that welcomes everyone, provide room and triggers an urban discussion? By choosing an office apartment in Shantinagar one important decision is made: starting Nextbangalore Space in central Bangalore in a quarter, where you find old neighbourhoods, transforming areas and working spaces, where people daily come to Bangalore from outside quarters. The room itself must breathe a certain kind of urban vision and should function as a creative meeting place, where everyone love to stay and share its vision and ideas for the future of Bangalore. Therefor the purpose of Nextbangalore Space is to create a real platform to encourage exchanges of opinions on Bangalore and on Indian cities. It’s a place where people can meet, discuss, complain, propose, dream and develop a common urban vision. 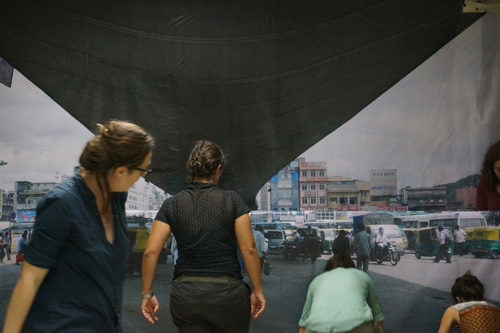 On the first gaze, the space within the office room looks very much like a former call centre. Cream coloured panels partitioned the room in different areas, which are packed with office furniture. But the 200 square meters have the potential for an urban studio, including different areas for different programs and a main meeting place. The Nextbangalore Space must be urban and intimate at the same time, as it is the place where urban issues are discussed from a personal view and a transformed to a common vision and where stories from Bangalore’s past and future were covered. Through an one-to-one photo of a main Bangalorian public space, the room breathe an urban scale. Integrated urban comic strips explain in a playful way the basic ideas of the urban space and encourage everyone to participate. Besides the discussions, interactions and meetings, a simple letterbox collects the ideas and wishes analogue to a post on the website. Also, the online and offline are highly connected by an on-going exchange between both worlds.

Nextbangalore Space is both: a method and a meeting room. For nearly all visitors it’s the first time to experience an urban studio that provides the possibility to share their ideas and visions for a future Bangalore.