On thursday, September 26th 2013 Nextbangalore Space was host to over 30 students from Hindustan University, Chennai. After an introduction about the aim and goals of Nextbangalore the architecture students went out to collect voices and ideas from the citizens themselves. Within a time frame of 1,5 hours they have chosen an area of heir own and were guided by the Nextbangalore Monitoring Sheets, that contained the following survey and visioning steps: 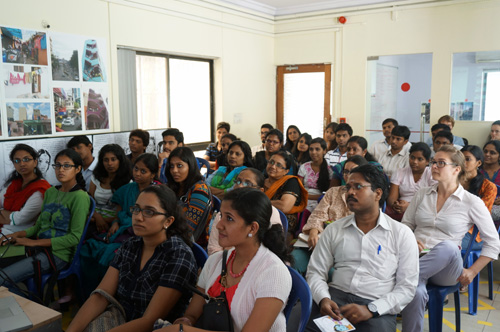 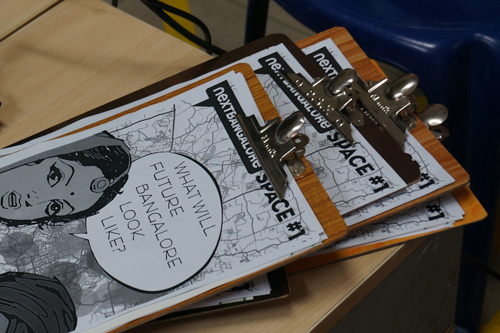 A) Describing the area by using a blueprint, rating it in several categories from poor to strong.
B) Asking at least 10 people and finding out what is the most urgent topic to address.
C) Setting up a strategy by using prefabricated stickers.
D) Drawing a sketch of the existing situation and one of the incorporated vision.