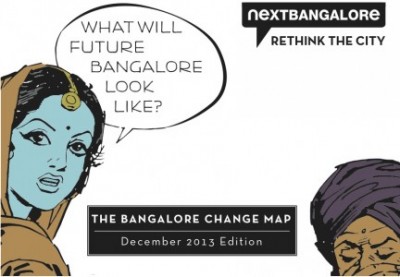 The Nextbangalore Weltstadt Newspaper is out now! Read the results of the Nextbangalore process so far, follow us through one of the fascinating cities in the world and discuss the future of Bangalore!

In September 2013, as part of the Weltstadt project, the first Nextbangalore Space opened. Centrally located in Shanti Nagar, a typical office space was converted into a temporary creative space, including an open meeting place, and a convention and exhibition space. For almost three weeks the doors were wide open for everyone in Bangalore – and with curiosity and interest a huge number of visitors visited the urban laboratory. That proves the locals’ high level of interest in and concern for their city as well as for future urban planning, starting a dialog and establishing an alternative collection of ideas and visions.

Nextbangalore Space is one out of 15 worldwide urban projects under the roof of the programme “Weltstadt – Stadtwelten” by the Goethe Institute and the German Ministry of Urban Development (BMVBS). In cooperation with the Goethe Institutes/Max Mueller Bhavan in Bangalore, Chennai and Delhi and Nexthamburg, MOD Institute has curated and organized Nextbangalore Space in Bangalore. 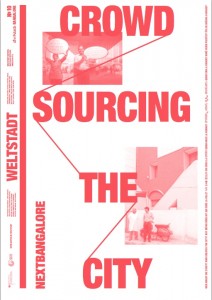 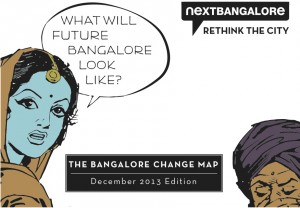 Join the discussion on future Bangalore at NB@Facebook!