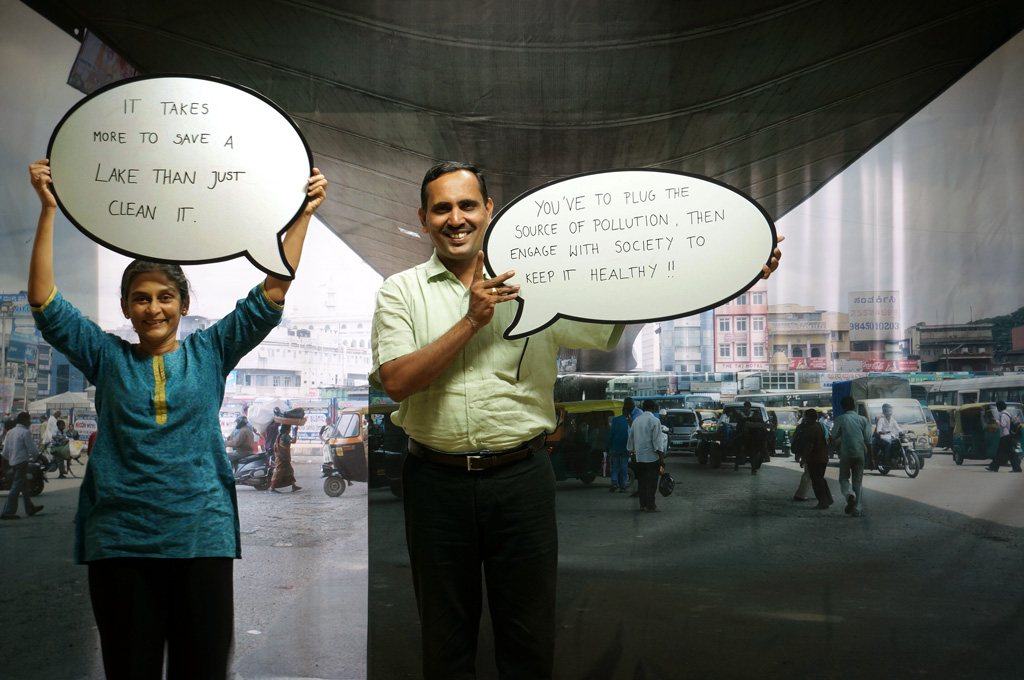 Today Anuradha and Manjunath came to visit us at Nextbangalore Space. They have told us about the problems with water treatment in Bangalore. In the city of Bangalore there used to be more than 200 lakes, most of which have now disappeared. Bangalore today receives the water from the Kavarie river that is located 100km from the city. Most of the former lakes have been filled with mud in order to be encroached. Often this is due to political corruption between building industry and politicians.

The remaining lakes are often polluted because of sewage and chemical waste released into the water. This causes not only an unpleasant view and smell, but also mosquito proliferation and health problems to the surrounding population. At lake Varthur, near Whitefield, it goes so far that up to 50 children born near the lake suffer from asthma.

To address this problem Anu and Manjunath suggest that it takes more to safe a lake than a superficially clean. The source of pollution has to be plugged. In order to keep it healthy you then have to engage with society. Possible approaches could be sewage treatment, providing neighboring slums with toilet facilities and stopping the release of chemical substances into the water. If they could improve a place in Bangalore they would improve the lake Varthur.