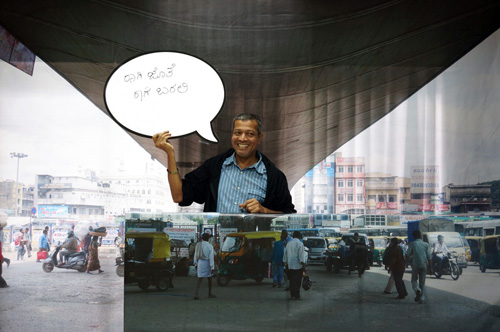 Umesh has come to visit us today. He told us a story about a small neighborhood and identity. Attiguppe used to be a small village. The city grew and it was incorporated into the expanding urban texture. As part of this process, Attiguppe village acquired a a new name: R.P.C. Layout. Later on as the municipality changed, it became Hanpi Nagar.
But still if you walk around the neighborhood you can see a sign on a door that  states, under the postal address, that the house, even though it is officially located in Hanpi Nagar, still finds itself in the village of Attiguppe.